Doctor Valérie Masson-Delmotte is a French climate scientist from the Intergovernmental Panel on Climate Change (IPCC). She will talk about the latest IPCC findings on climate warming and its consequences, and present possible solutions for the crisis. Guillaume Pitron is a French journalist and author of documentaries. His lecture will cover rare raw materials in both environmental and geopolitical contexts.

Dr. Valérie Masson-Delmotte is a French climate scientist from the Intergovernmental Panel on Climate Change.

On the opening day of XI Przemiany Festival, exactly three years will pass from the publication of IPCC's Special Report on the global temperature rise of 1,5°C. Doctor Masson-Delmotte has played a vital role in the works on the report. Just like in the works on the first part of the 6th Assessment Report IPCC, published in August of this year, which was widely – although not widely enough – discussed in the media.

During the Festival, Doctor Masson-Delmotte will talk about the latest IPCC findings on the climate warming and its consequences. She will also present possible solutions to this crisis, which will be covered in the forthcoming parts of the 6th IPCC Report. Solutions – technological, political, social – which could realistically prevent the crisis, without increasing the world's inequalities in the aforementioned areas.

We will also get a glance at the behind-the-scenes of climate scientists cooperation, and the methods used to include their voices from around the world. We will learn about the role played in the climate research by scientists from the Global South, i.e. the part of the world which will be the first to experience potentially devastating consequences of the climate change.

Dr. Valérie Masson-Delmotte is a climate scientist and the Director of Research at the French Alternative Energies and Atomic Energy Commission, where she works at the Laboratory of Climate and Environmental Sciences (LSCE). She uses historical data to test models of climate changes. She is a co-creator of a few reports by the Intergovernmental Panel on Climate Change (IPCC).

Guillaume Pitron is a French journalist and author of documentaries. His lecture will cover rare raw materials in both environmental and geopolitical contexts, including their application in renewable energy sources. It occurs that e.g. solar panels or wind turbines are not as environmentally neutral, as one might think.

Guillaume Pitron's book The rare metals war: the hidden face of the energy and digital transition was translated into Polish and English. In France, the second book he wrote is coming out soon, this time focusing on the ecological footprint of digital technologies. Pitron had been gathering materials for this book for two years, on four continents. During the lecture, he will share with us the results of his work. 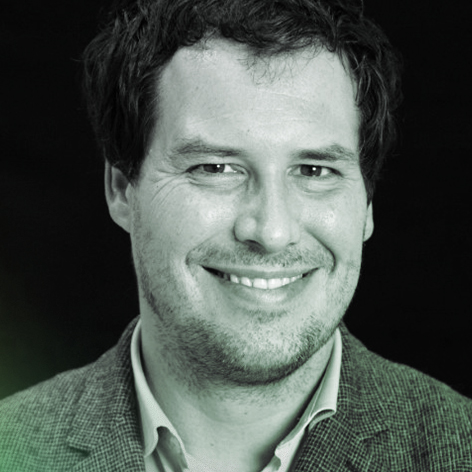 Guillaume Pitron is a French journalist (Le Monde Diplomatique, National Geographic, etc.) and documentary maker for France’s leading television channels. In 2018, he published his first book, "The Rare Metals War: The Dark Side Of the Energy Transition and Digitalization”, his second book „L'enfer numérique” just published in France.
From Chinese rare earth metals, oil extraction in Alaska, to Sudanese gum arabic and khat trading in Djibouti, he focuses his work on commodities and on the economic, political and environmental issues associated with their use.
This common thread is paired with geographic consistency: the African continent, particularly South Africa where Guillaume was a news correspondent in 2010.
To date, he has authored around 100 reports, investigations and documentaries across more than 40 countries and has been awarded 14 French and international journalism awards. These include the Izraelezewicz Prize for best investigative report of the year, awarded by the leading daily newspaper Le Monde, and the award for best economic book of the year 2018. He holds a post-graduate law degree from the Paris universities, and a Masters in international law from the University of Georgetown (Washington, D.C).

The lectures are carried out thanks to support from the French Institute.