The inaugural lecture of the XI Przemiany Festival will be delivered by Professor Naomi Oreskes, an American science historian from Harvard's University, who focuses on research regarding climate denialism and the trust in science. Lately, Oreskes' work became an inspiration for Joanna Rajkowska's exhibition Rhizopolis at Zachęta gallery, and last year – The Penumbral Age exhibition at the Museum of Modern Art in Warsaw.

In her scientific research, Professor Oreskes focuses on issues connected with protecting the environment or the global warming in the context of a confrontation between science, politics, society, economy, and the media. For the audience at Przemiany, she will take a closer look at the media-lobby manipulations around the climate and energy related topics. She will also make an introduction to the complicated process of getting from a scientific to a political consensus.

In Poland, only one book by Prof Oreskes was published – The Collapse of Western Civilization: A View from the Future. It looks at the present day, where we can still take action to protect ourselves from a climate catastrophe, from the perspective of the future. This new way of thinking about the here and now is a cold, or even “post mortem” analysis of our civilisation. Seen from the time when all the scientists' darkest prognoses have come to life, even though they knew (as they now know), what could happen. The book also echoes with an intergenerational context – a perspective on how to be a good ancestor who cares about the natural world.

Together with the lecturer, we wish to ponder the question of what and who is stopping us from taking the action that, according to science, we should be taking. What should we do, so that in the future Prof Oreskes' book stays a piece of literary fiction, which warned about the things that might happen, and doesn't become a chronicle of our way to oblivion. 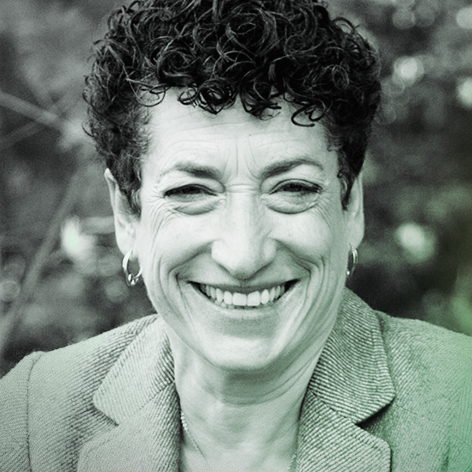 Naomi Oreskes is the Henry Charles Lea Professor of the History of Science and Affiliated Professor of Earth and Planetary Sciences at Harvard University. She is an internationally renowned earth scientist, historian, and author of both scholarly and popular books and articles on the history of earth and environmental science, including most recently, Why Trust Science? (2019) and Science on a Mission: How Military Funding Shaped What We Do and Don’t Know about the Ocean (2021). Her opinion pieces have been published in leading media outlets around the globe, including The New York Times, The Washington Post, The Times (London), and the Frankfurter Allgemeine. In 2015, she wrote the Introduction to the Melville House edition of the Papal Encyclical on Climate Change and Inequality, Laudato Si.

Professor Oreskes is a leading voice on the reality on anthropogenic climate change and the history of efforts to undermine climate action. Her 2004 essay “The Scientific Consensus on Climate Change” (Science 306: 1686) has been widely cited, including in the Royal Society’s publication, “A Guide to Facts and Fictions about Climate Change," and in the Academy-award winning film, An Inconvenient Truth. Her 2010 book with Erik M. Conway, Merchants of Doubt, has been translated into nine languages, sold over 100,000 copies, and made into a documentary film. She is an elected fellow of the Geological Society of America, the American Geophysical Union, the American Academy for the Advancement of Sciences, the American Academy of Arts and Sciences, and the American Philosophical Society. In 2018, she became a Guggenheim Fellow, and in 2019 was awarded the British Academy Medal for “her commitment to documenting the role of corporations in distorting scientific findings for political ends.” Her new book, with Erik Conway, The Big Myth: How American Business Taught Us to Loath Government and Love the Free Market, will be published by Bloomsbury Press in 2022.